I woke up on the 4th of July in 2011 and was planning our first vacation without the girls to NYC.  It was going to be my husband’s birthday present.  We had just finished up the last details of the trip and just a few short hours later, I had police and EMS at my house trying to perform CPR on my husband.  To this day, those events are a blur.

In the days that followed, I went through the motions of planning a funeral and trying to figure out what the hell happened.  See, what most people don’t understand is that suicide isn’t something that comes out of nowhere.  The signs are there, small, but always there.  It’s a comment here or there, it’s the sudden mood swings, it’s the actions that they take.  It’s all there.  But sadly, some of us don’t realize the extent of it until it’s too late.

It took me almost a month of crying and walking in daze to realize that I was a mother.  That I had two beautiful girls that needed the only parent they were left with.  I remember the day clearly, sitting in an empty parking lot during my lunch break crying uncontrollably.  Right there and then, I made a vow to my husband and myself that I would not cry a single tear for him anymore (which btw came to bite me in the ass later & requires it’s own post).  I would move on and focus my energy on our girls and giving them the life they deserved.  Not the one they got because of a choice that was made.

Six years later, therapy, and a move a cross the country, I am finally able to breathe and be happy.  I know I’ve got a lot of growing up to do as a mother and woman but seeing my girls happy is what makes all this worth it ❤

Welcome to my weekly musings for the week of 11/12/17.  For many of us, we go through the motions of our daily lives and for those of us that are attuned to the hidden meanings that are in everything, this last week was an energy draining week!  It took me a bit to determine what I would write in this week’s post but as I sit here at my desk, I felt the need to finally type it out.  Here is what I’ve got for you:

30.  The Perfection of Your Life

Many of us have seen storms from a birds eye view – on the news of course – but none the less, there is a beauty in seeing it from that view.  While it is a beautiful site, within the storm, there is nothing but a violent experience.  This is also how many of us feel when we are dealing with the internal chaos that goes on in our heads and in our hearts.

Sometimes the chaos seems subtle or strong, whether it is internal or external.  Whichever the case may be, you have to know that everything is working out just as it should be.  There is a higher plan for those of you reading this today and while it may seem like you are losing hope, know that there is a light at the end of the tunnel.

If you are feeling that there is no hope, that you are stuck or being denied, know that it is all unfolding the way it is meant to be.  Sometimes our perception of reality is different that what is really going on.  Every storm has to erupt at some point, so feel free to cry, scream, dance, paint, etc.  Whatever gets you to express yourself in the way that feels right for you.  Expressing yourself releases the energies that have been stagnant and that in itself, will help move things along.  Just remember that at the end of every storm, is the bright sun and in most cases, a beautiful rainbow.

Hope you all have a wonderful week!

My brother in law and a few close friends of mine currently serve our country.  It is because of them that I am able to sit here on my couch with my girls and write this post.  I am so proud of them for their service and their dedication to this country.  I am proud to call them not just friends but family.

I remember watching “American Sniper” with one of those close friends, Bryan, and I couldn’t tear my eyes away from the film.  I asked him questions of the authenticity of the events in the movie and I just couldn’t believe what our men and women go through so that we can sleep at night.  I cried at the end of the movie and since then, I’ve watched it multiple times, crying each time.  I will forever be grateful for EVERYTHING they do.

Let us take a moment to thank those who currently serve and honor those who have served.  Let’s remember those who gave their life for us.  I am proud to be an American and proud of those who protect us daily. 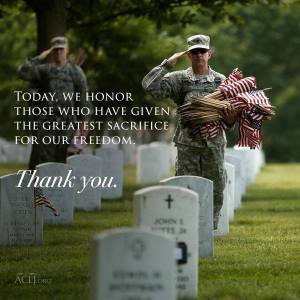 Blogs are often used as an outlet, an online journal that most allow others to read.  In certain cases, people can find comfort in knowing that others are going through the same things or having the same thoughts.  Whatever the case may be, I would hope that those that come across my website will find something they can take away from my posts.

With that said, here are my little musings for the week:

Two hands opened up letting white butterflies free.  This image has a clear message: you hold in your hands that which you seek.  Have you been searching for something that you just can’t seem to find?  Maybe its as simple as car keys, or maybe its greater than that, like your next big business venture.  Whichever it is, it is closer than you think.  It may just be right under your nose!

You already have what you need and what you want.  That doesn’t mean that your search is over, no.  It means that you need to acknowledge that everything that is necessary for success is already with you.  You have everything you could possibly need to be successful.  You just have to learn to accept and believe this and then it will be possible for you.

While it might not seem like you have much to start with, or you feel that all you have to do is something small: an email to send, a simple decision to make, a conversation to start, etc.  No matter how small it is, it is that small task that will get the ball rolling.  Don’t make the mistake of believing that what you need is either behind you, with someone else, or hasn’t yet appeared.  Just take the step.

You are more than ready than you think you are.

Have you ever wondered about what your life purpose is? Maybe you’ve never even considered that you are here in the present to be apart of a greater cause. Whatever it is that has you wondering what you are meant to be doing, know that just being curious is the first step.

This article provides an amazing starters and questions to help you narrow down what your life purpose is. I’d love to hear your answers!

The purpose of life is to live a life of purpose. It’s when we live a life of purpose we find fulfilment in life. Whatever you want to be in life is found in your purpose. Now, how do you discover it? It’s simple… But first, you have to know that you must stay focus and be honest with yourself. Finding other things might be easy sometimes but finding oneself can be a bit hard.

There are 4 points here to help discover your purpose and also 12 questions that will serve as a guide to channel your mind towards the right direction . Here we go…….